Made more famous by Yahtzee’s Zero Punctuation Review, this gun shoots both Shuriken and Lightning.  There is really nothing more I have to say- Shuriken, Lightning. Gun. Awesome. 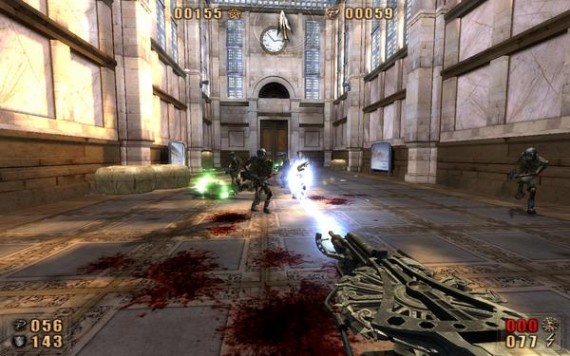 Would you like to become a whirling votex of death? Do you want unleash the fury of the gods with a type of brutality unrivaled by any other mortal? Do you want a badass weapon? If so then The Blades of Chaos are yours for the low one time payment of eternal service to Ares, God of War. These blades are wielded by Kratos who is one of the most dangerous beings that the game industry has produced, and are connected by chains burnt into his FN arms! It says something when most choose to ignore every other weapon in the game  because the default one is so godly. 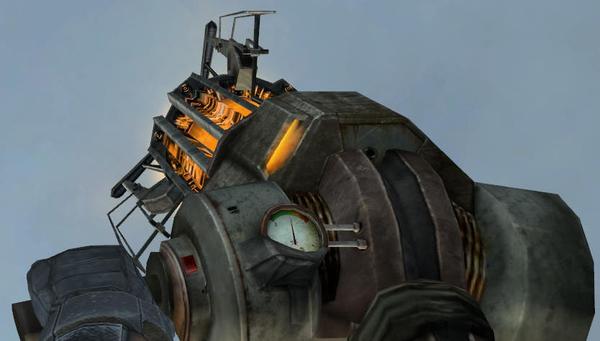 Few weapons let you harness one of the fundamental forces of the Universe, and those that do have nothing on the Gravity Gun. This gun lets the imagination run wild and make a generation believe that science could produces some badass toys. Getting shot up? Why not grab a toliet seat and uses it as a shield. Pesky head humpers giving you trouble? That odd pile of saw blades just became your ammunition. This gun makes the list because not only is it insanely cool but it is also incredibly fun. We can only hope the physicists around the world are working to make this a reality and they are planning to send this and a bevy of android babes to my door. 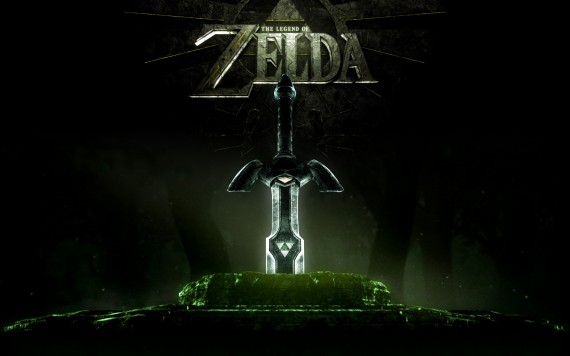 When you are the Hero of Time destined to save the Goddess reincarnate and fight an ancient evil ever so many lifetimes then you need a proper weapon. Enter the Master Sword, the most iconic piece of weaponry in history. There are more people in the world that can reconize the Master Sword than there are those who can locate the Middle East on a map. The sword has vanquished evil time and time and time and time again never letting Link down. If you find this sword in real life do not be alarmed; you are a incarnation of Link and I envy/hate you with the passion of a billion supernovas. 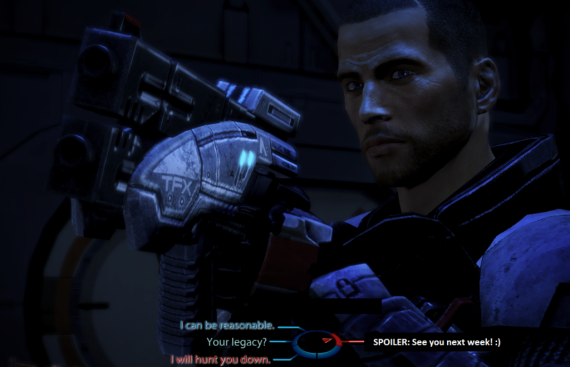 Not every weapon is something you can hold in your hands, wit is sharper than any blade and faster than any bullet after all. Speech checks not only make you richer but can turn armies against your foes, turn rivals to friends, and make digital babes take their clothes off. Although some people find talking to be sissy work, nothing is more badass than destroying a gang of heavily armed baddies with just a threat. Whether you are Shepard staring down a Krogan or Revan making Sith warriors run with their tails between their legs, with the right charisma score you can save the day or rule the day without even raising a finger.

That’s all folks. Do you disagree with the list, feel like something is missing or shouldn’t be their? Well let us know below.