Finding love and being a gamer can be a daunting task. Even when they like games too, getting them to understand why you’re playing through Infamous 2 again as a villain on hard mode because that’s the last thing you need to Platinum the game can be difficult to explain.  That and they want to spend so much time with you, and they can never understand why the game is so engrossing. So you have no choice then but to help them understand why.

So you do what any cool significant other would do in this situation, you try and get her into video games, just like you. You do this by getting two players games, or other games that you could do together. Which can be difficult, especially if you have different interests. So today, I’m going to give you four games that are great games for couples, as well as tips for playing together. The tips I give today are from my own experiences playing games with my fiancée, Sandra.  Trust me when I say our interests are VERY different, so I know about the struggle of finding a similar interest. All of these games can be found on the PS3 or on PSN. 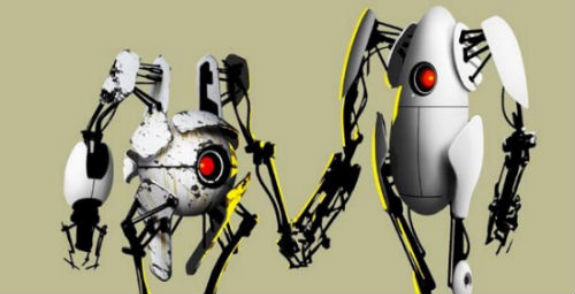 This is a good one, as you can play it on two different levels. One, this game really does a great job in getting you two to work together to solve some amazing puzzles. That works with the single player campaign as well; just remember to take turns. If you play this while working together, this can be great for building teamwork. Second the game is really funny, so your partner will be thoroughly entertained.  The game being fun or interesting to them is key, because they are not going to play a game that they think is boring.

One tip when playing this game, don’t be upset if they solve the puzzle for you. Even if you’re on the on the single player campaign, remember that this now officially a team effort. If you tell them to be quiet or to let you handle this, it’s going to take them out of the game. At the same time, try not to be too bossy and controlling during their turn.

This is another fun one, one that admittingly works better if you have two PS3s and can play together. The best part about this game is that you both can work together towards a common goal and each can decide how to go about it. For instance, I like to collect wood and stones as a worker, and strengthen the defense and offense of the team. Sandra likes to kill as many people as possible and capture the princess.  Despite doing things differently, you’re still helping each other to achieve the goal.

Another tip for getting her into games; don’t be afraid to make her an account on PSN on your PS3. A common barrier with getting people into games is they feel the console is a “No Touching” zone. If you make them an account; it encourages them to use the system more. In time, they might make the decision to buy their own PS3. This will allow you to play even more together.